skip to main | skip to sidebar

Okay, it's been a while (a really long while) but The TARDIS Project has moved to it's new home at http://tardisproject.net

We never stopped watching or writing up our discussions. We only stopped posting them. But not anymore! So please come check us out, and see what we've done over the last few years. And we'll continue to post content on the new site each week. Or at least until we're done with this thing (which, by my calculations, should be some time in January or February of 2015 - depending on how many weeks get skipped here and there during the final season).

Feel free to drop us a line at our new site!

Posted by The Tardis Project at 4:11 PM No comments:

Hello there, the Historian here, falling behind again. But here is the last episode in the adventure with the Celestial Toymaker! While watching this, I was joined by Ketina, Ronelyn, Schmallturm, Spoo, MisterMother and Photobug. So, let's get to the summary!

Read more »
Posted by The Tardis Project at 11:20 AM No comments:

Hello everyone, the Historian here. We're slowly catching up to "real time!" On 8 July, 2011, I was joined by Ketina, Ronelyn, MisterMother, Spoo and MiniSpoo to continue watching the Toymaker's games. So, without further ado, let's get to the summary!

Read more »
Posted by The Tardis Project at 7:27 PM No comments:

"The Hall of Dolls"

Hello everyone, the Historian here, getting closer and closer to catching up! On 1st July, 2011, I was joined by Ketina, Ronelyn, Photobug and special guests Altair and Ezio for the second episode of this surreal story. Without further ado, let's get to the (much shorter) summary!

Read more »
Posted by The Tardis Project at 7:47 PM No comments:

Hello everyone, the Historian here, still trying to catch up to where the TARDIS Project has gotten to. On 24 June, 2011, I was joined by Ketina, Ronelyn, Schmallturm, Spoo, Photobug and guests Altair and Ezio as we journeyed from Refusis II into...the unknown! So, let's get to the extremely truncated summary!

Read more »
Posted by The Tardis Project at 6:19 PM No comments:

Hello everyone, the Historian here, on the horns of a dilemma. How to go back and wrap up a story that we finished watching just over a month before? I am still determined to catch up, however, and I owe you all a post for this story!

When I say "story," I, of course, mean two small stories joined by a single setting in the scripts written by Paul Erickson (though joint credit was given to his wife, Lesley Scott, everything I've read says she didn't actually do much writing). The idea is fine; as others have pointed out, in the days when an audience had no idea how many parts a story would last (no internet! at this point, no full story titles, even!), the idea of the crew seeming to finish the adventure, leave and then come back hundreds of years later was surprising and fun! Unfortunately, in practice, you get a nice little, if oversimplified, two-parter with minimal characterization, followed by an overstuffed two-parter with, essentially, no characterization. (And, of course, with one of the most ridiculous lines ever spoken on Doctor Who: "Take them to the Security Kitchen.") As I've mentioned in the episode posts, I'm pretty sure that this is the first Hartnell story I ever saw in full and I have fond memories of it being charming and fun, many of which were borne out in seeing it again this time. But those memories don't make me blind to its shortcomings either. I'll direct you to the episode posts for more details. As a final story note, the elephant scene, even seeing it all these years later, is still absolutely magical!

On the production side, this story marked the end of the tempestuous tenure of producer John Wiles. As the second producer of Doctor Who, Wiles had the uncomfortable task of taking over from Verity Lambert around the same time the original cast had broken up, all of which reportedly upset William Hartnell terribly and the star (according to all reports) took a lot of that out on his new producer. Wiles hadn't really wanted to produce the show in the first place, and had been especially unhappy at being stuck with the twelve part Dalek story, and his relationship with Hartnell had put the finishing touches on his unhappiness. With this story, he joins story editor Donald Tosh (whose last televised credit was on "The Massacre") in leaving the show in new hands. Those hands, producer Innes Lloyd and story editor Gerry Davis, would see Doctor Who through some of its most important days to come...

But, enough of that! Here are the individual episode posts, so you can see what the Project team had to say.
"The Steel Sky"
"The Plague"
"The Return"
"The Bomb"

Here's the official BBC episode guide for the story and, for the full story I alluded to above as well as other behind-the-scenes info, here's the "Brief History" page.

Next up, one of the odder stories of the Hartnell era, and one where there was some division in the Project team's opinions! Posts coming very soon! Until then, I remain


Posted by The Tardis Project at 9:22 AM No comments:

Hello everyone, the Historian here, continuing my attempts to catch up to what the Project is actually watching. I'm only three episodes behind now, so I have hopes! I'm still going to be doing the truncated summaries, which are actually working well enough that I'm thinking of sticking with this format--which is closer to what we started with anyway. What do you, the readers at home, think?

So, on 17 June, 2011, I was joined by Ketina, Ronelyn, Schmallturm, Photobug and Cz, when we watched the last episode in this story. So, without further ado, let's get to the summary! 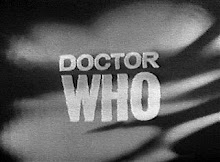 The Tardis Project
1963 to 1969. Six seasons, Two Hundred and Sixty-Three episodes. We're going to watch them all, one at a time. Join us in our quest to recapture the magic of early Doctor Who! DISCLAIAMER: Doctor Who and all related copyrights and trademarks belong to the BBC, not us. This site is for educational and entertainment purposes only. We encourage you to buy the BBC DVDs and videos and enjoy the show along with us!